The legal battle between the two largest beer makers in the U.S. escalated today 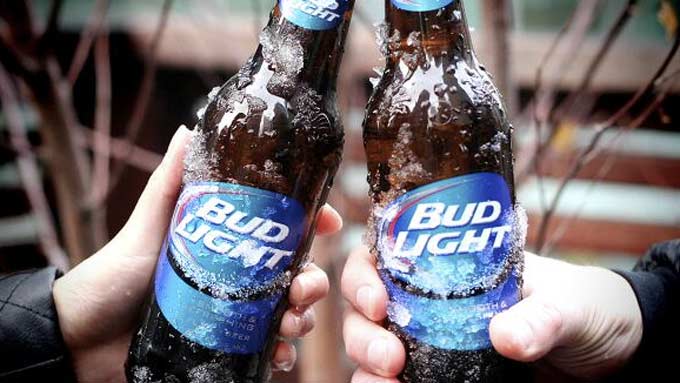 The legal battle between the two largest beer makers in the U.S. escalated today, as Anheuser-Busch today accused MillerCoors of breaking state and federal laws by stealing trade secrets regarding beer recipes for its two top-selling brands, Bud Light and Michelob Ultra.

In the heavily redacted 66-page amended complaint and counterclaim filed in the U.S. District Court for the Western District of Wisconsin, A-B alleges that two of its former employees who now work for MillerCoors and its parent company Molson Coors either shared confidential trade secrets with their current employers or sought information from current employees about the making of A-B products.

“Today, we filed in Federal Court claims alleging that MillerCoors violated state and federal law by misappropriating our trade secrets, including our beer recipes,” A-B said in a statement to the media. “We will enforce our right to uncover how high up this may reach in the MillerCoors organization.

We take our trade secrets seriously and will protect them to the fullest extent of the law.” MillerCoors VP of communications and community affairs Adam Collins issued a statement accusing A-B of “trying to distract from the basic fact that they intentionally misled American consumers.” “MillerCoors respects confidential information and takes any contrary allegations seriously, but if the ingredients are a secret, why did they spend tens of millions of dollars telling the entire world what’s in Bud Light? And why are the ingredients printed on Bud Light’s packaging in giant letters?” he wrote.

“As for their tired claims about corn syrup, the same residual elements they are talking about are also found in Bud Light and Michelob Ultra. If this is their argument, it’s no wonder they have lost three rulings in this case already.” The allegations are the latest salvo in the ongoing legal friction between the large beer manufacturers. In March, MillerCoors filed a deceptive advertising lawsuit in federal court against A-B for launching Bud Light Super Bowl commercials that pointed out the use of corn syrup in the brewing process of Miller Lite and Coors Light. A-B’s filing today points to two of its former employees: Martin David Brooks, who serves as Molson Coors’ VP of global quality and food safety, and Josh Edgar, a brewer for MillerCoors at its Golden, Colorado-based brewery, who previously worked at A-B’s Cartersville, Georgia-based production facility.

According to the filing, Brooks “had access to A-B’s confidential trade secrets,” including technical manuals, while Edgar sought information via text message in February from an A-B employee at that facility about ingredients used in Bud Light and technical information about the product’s brewing process at the behest of MillerCoors’ senior management. In its counterclaims, A-B argues that its trade secrets are its “most important assets — specifically, the means and manner in which it brews its most popular beers.” The counterclaims reference the “precise recipes for brewing Bud Light and Michelob Ultra from February 2019,” including detailed technical manuals, which A-B said it treats as “limited access documents, labeled as confidential, and that contain precise instructions regarding how to brew A-B beers.”

A-B is asking the court to preliminarily and permanently enjoin and restrain MillerCoors from “accessing, using or disclosing” A-B trade secrets, including recipes, technical manuals, policies, procedures, and brewery training materials. The company is also asking the court to force MillerCoors to return confidential or trade secret information and pay damages and attorneys’ fees.