Craft Beer Is Healthier Than Wine

The focus of the study was on craft beer in particular, which isn't always pasteurized like mass market beer 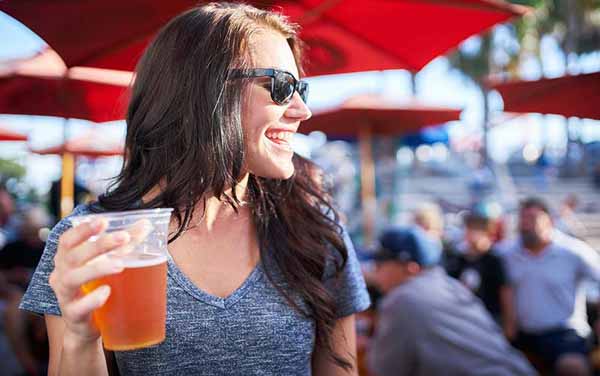 The health benefits of red wine have been widely reported, but a new study says it's craft beer we should be championing, not vino. A study by Mike McCullough, a professor at California Polytechnic State University, finds that a pint of craft beer has an equal amount of, if not more, health benefits than red wine.

The focus of the study was on craft beer in particular, which isn’t always pasteurized like mass market beer. Unpasteurized craft beers have a high level of B3, or niacin, from brewers yeast. Vitamin B3 helps your body convert carbohydrates into glucose that the body can use for fuel.

It also, McCullough said according to Men’s Health, lowers the risk of cardiovascular disease, lowers cholesterol and reduces artery hardening.

"We all know that a glass of red wine is good for you, but it turns out a pint of craft beer is better. It has got more good things in it," McCullough said. He added that, "Your instances of heart disease and your instances of type 2 diabetes decreases on an amount that’s comparable, if not a little bit more, than if you are drinking red wine."

We all like to hear that moderate alcohol consumption is good for us. Now beer drinkers can join the conversation. And it's about time craft beer had a champion. Wine has been popularly heralded as healthy (and occasionally as a killer) in modern American culture since at least 1991, when CBS 60 Minutes host Morley Safer did a segment on red wine called “The French Paradox.” In the mind of the public from thereon after, wine was beneficial, and numerous, highly hyped studies support moderate consumption. McCullough, the Cal Poly professor, could be the beer-promoting counterpoint to Safer that beer drinkers have been waiting for.

"You associate a beer drinker's diet with nachos and unhealthy eating habits," McCullough said according to Men's Health, "but the trend with more differentiated beer and higher-end beer is that you are eating it with meals."

Just another reason to reach for the local beer Monday through Sunday.


By Nickolaus Hines
Nickolaus Hines is a staff writer at Supercall. He can usually be found eating, making drinks, taking pictures or doing all three simultaneously. He loves a good mezcal and won’t hesitate to pet your dog.
@nickolaushines