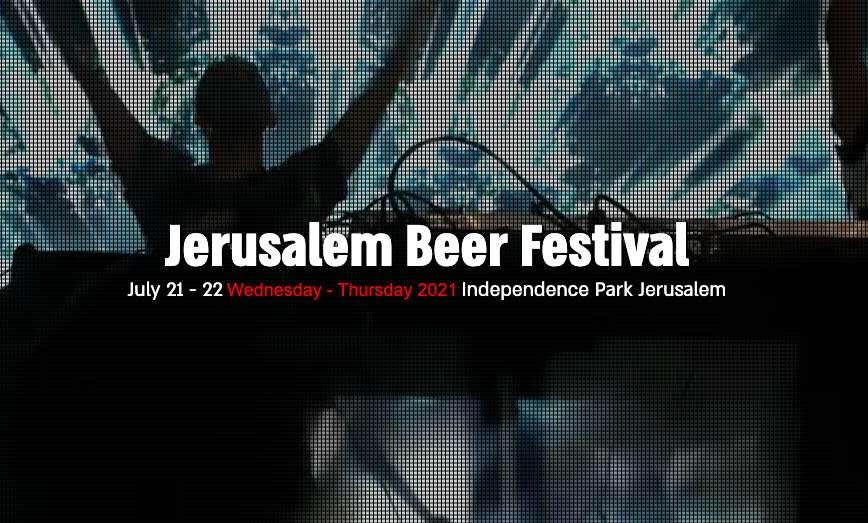 The Jerusalem Beer Festival, Israel’s longest running and most diverse beer fest, will mark its 16th anniversary with 150 different brands of beer from a wide range of well-known international breweries, alongside quality local craft makers.

Jerusalem, one of the world's most ancient cities, has been brewing & consuming beer for over 2,000 years. The Jerusalem Beer Festival promises a wild richness of taste, music, people, and an ambiance unlike anywhere else on the planet.

The heart of Jerusalem, Independence Park (Gan Haatzmaut), will transform into a huge bar featuring more than 150 trademarks of beer from Israel and around the globe for two magnificent star-lit, open-air summer nights.

The Jerusalem Beer Festival has gained international recognition as a symbol of the city's unique local entertainment culture, bringing together visitors, tourists and locals to enjoy an unbelievable variety of fine chilled beverages, outstanding live music by leading performers, great food and awesome people, all joined together under the fresh air and clear sky.