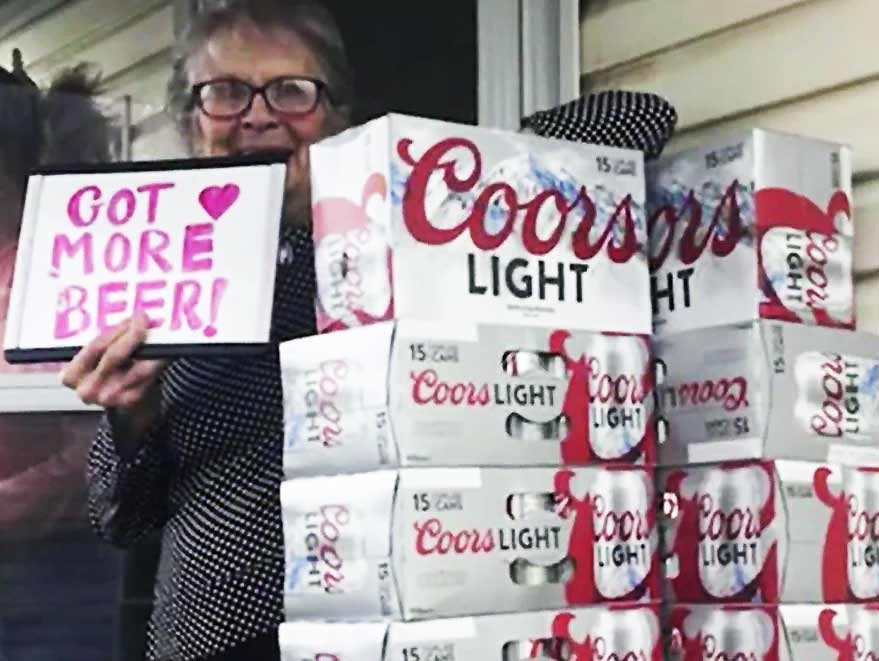 Singing the folk song "99 Bottles of Beer" might be how some people are passing the time during the coronavirus pandemic.

Thanks to Coors Light, Olive Veronesi now has 150 ice-cold beers -- and she doesn't have to pass them around to anybody.

The 93-year-old went viral last week after CNN Pittsburgh affiliate KDKA shared her photo with a Coors Light in hand and a plea written on a white board: "I NEED MORE BEER!!"

The photo, taken by one of Veronesi's family members, was shared more than 5 million times.

"When we saw Olive's message, we knew we had to jump at the chance to not only connect with someone who brought a smile to our faces during this pandemic, but also gave us a special opportunity to say thanks for being a Coors Light fan," a Molson Coors spokesperson told CNN.

"Even in the pre-COVID era, we would've been thrilled to fulfill Olive's request," the spokesperson said. "But in this moment, during these unusual times, bringing a little bit of joy to someone's day is the least we can do."

The Seminole, Pennsylvania, native told KDKA she has been staying home to help flatten the curve and to keep everyone, including herself, safe during the pandemic.

"I was on my last 12 cans, I have a beer every night," Veronesi told KDKA. "You know what, beer has vitamins in it, it's good for you, as long as you don't overdo it."

As soon as the delivery of 10 cases of beer arrived, she cracked one open on her porch.