Beers To Drink On The Fourth Of July

Before you stock your cooler with ice cold Natural Light, keep in mind that beer pairings don't have to be pretentious 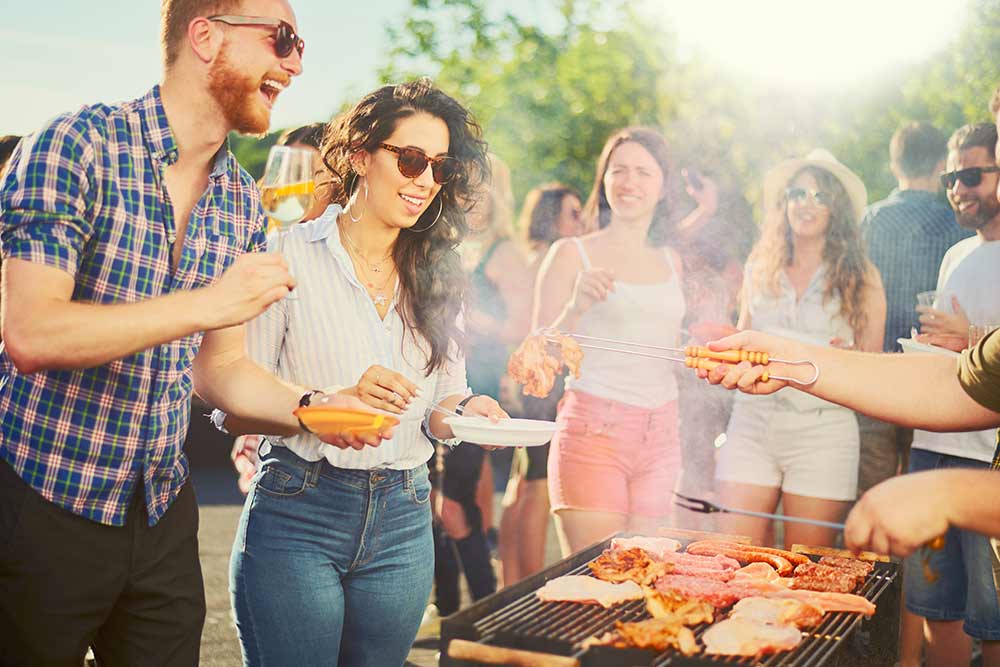 The idea of Fourth of July food and beer pairings might make even the most avowed beer geek chuckle—and frankly, they’re kind of right. As America’s hottest major holiday of the year (literally), the primary characteristic many people will be looking for in a beer is something cold. Meanwhile, unlike, say, Thanksgiving, the food served at Independence Day parties tends to be decidedly down-home: hot dogs, burgers, potato salad, potato chips.

But before you stock your cooler with ice cold Natural Light, keep in mind that beer pairings don’t have to be pretentious. The advent of craft beer means that America is now home to more beer styles than ever before, many of which are perfect for summer weather and straightforward food. As a result, the list below isn’t meant as the be-all and end-all for matching eats and drinks. Let’s be honest: At a summer barbecue, your plate is a hastily constructed pile of foods and flavors anyway. Instead, browse the below with the idea that, at the very least, you can serve something more interesting than a Budweiser in an America can. 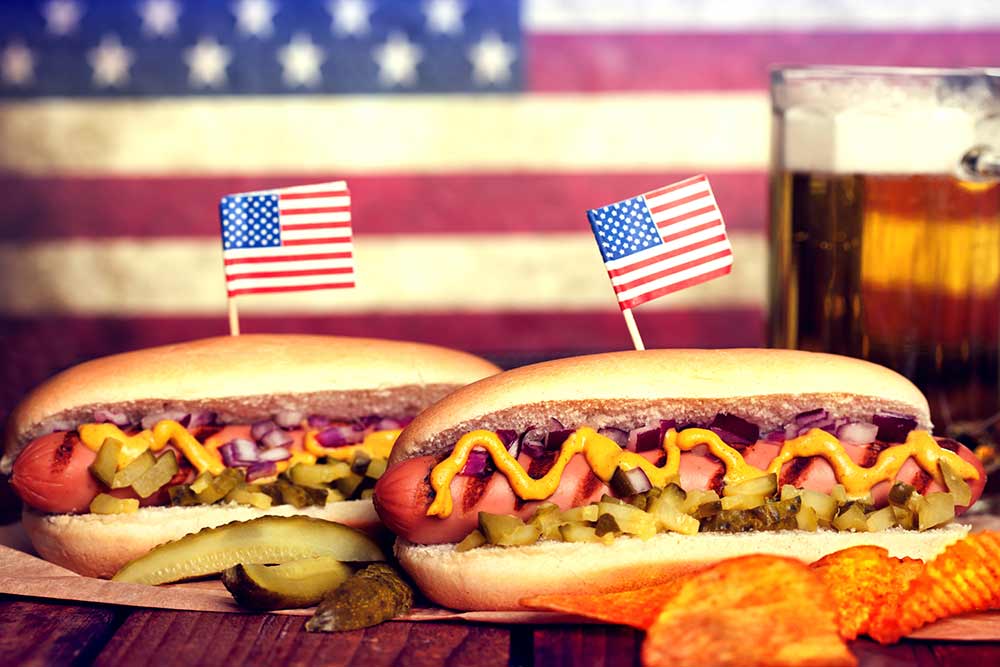 It’s not officially the Fourth until you grabbed yourself a dog. Hot dogs are tricky because they don't exactly have a ton of flavor. You'll probably want to consider your topping, but assuming you’re going the simple route (mustard and, outside of Chicago, ketchup) you’ll want a relatively simple beer that won’t overpower the mild sausage and is crisp enough to cut all that fat. 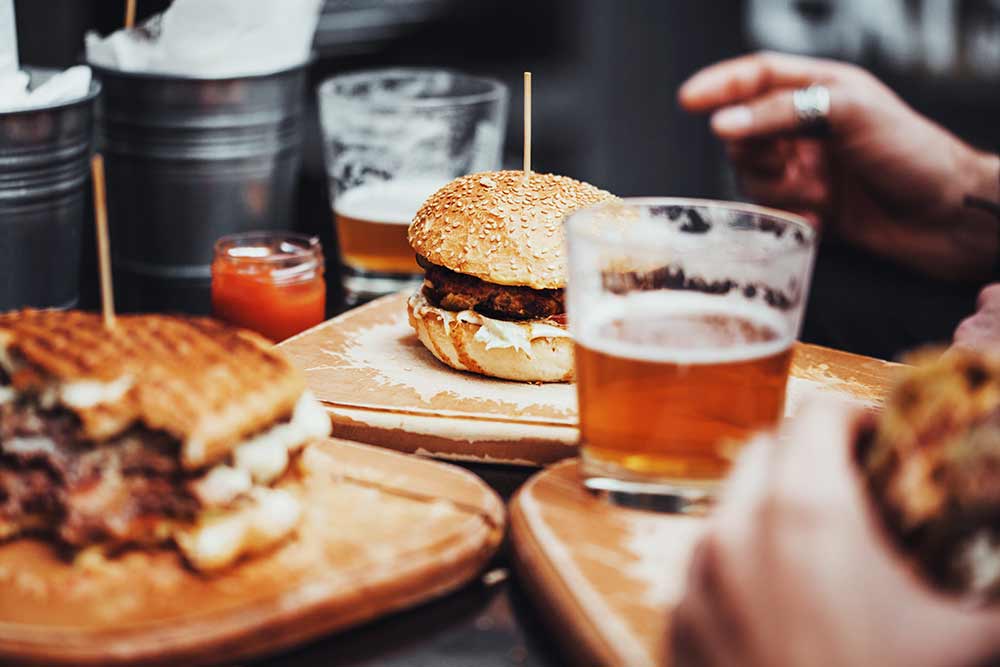 Burgers and beer are a classic combo, in part because a hearty burger can pair with pretty much any brew. Like hot dogs, toppings can change the game, but in general, burgers are a great opportunity to drink something with a bit more intensity. Go with a grapefruity India pale ale like a classic Two Hearted Ale from Michigan’s Bell’s Brewery or a Fresh Squeezed from Oregon’s Deschutes Brewery. 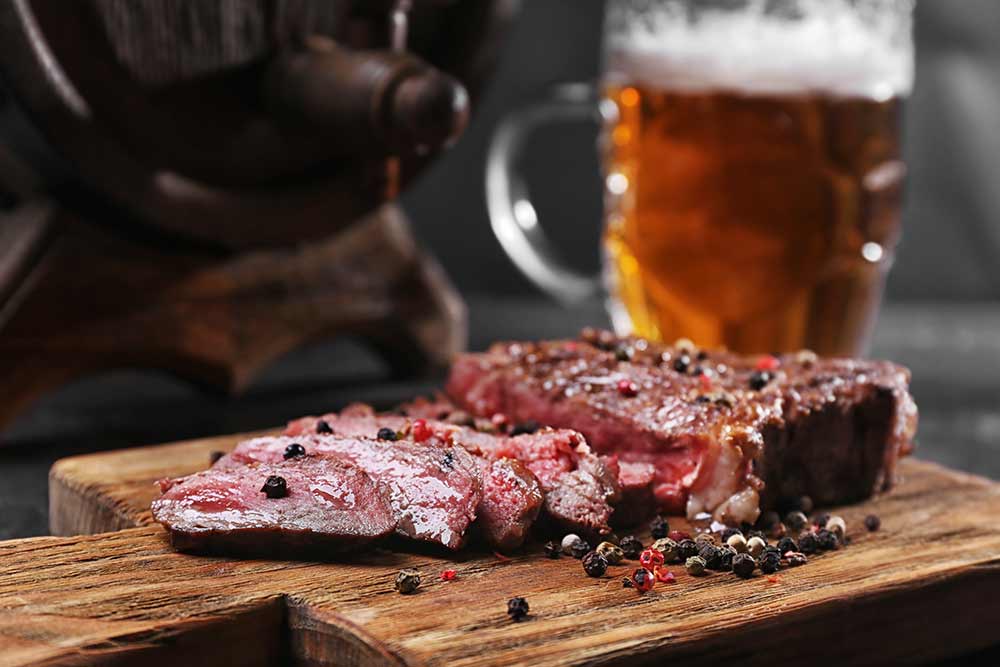 If you’re living large this Fourth and going the steak route, warm weather beer pairings get a bit trickier. In the winter months, you might opt for a porter or stout, but in the summer, those can weigh you down. So let’s approach this from a different angle: Your classic steak wine pairing is a big, bold red like a Cabernet Sauvignon. To get similar berry notes, try a fruit-accentuated beer. The sour Belgian style kriek, which is made with cherries, is a great balance of fruit intensity with an acidic edge to match the heat. Look for something like Brouwerij 3 Fonteinen’s Oude Kriek. Want something even bigger? Try Brouwerij Rodenbach’s Alexander, a Flanders red ale that’s also produced with cherries. 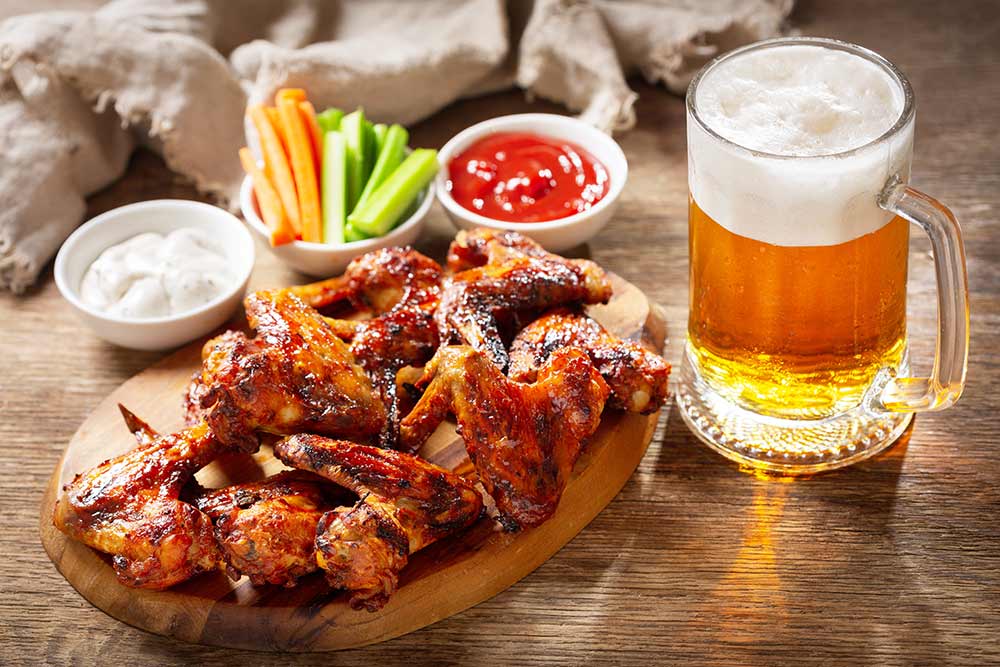 Barbecue sauces can cover a wide range of flavors, from sweet to acetic. When choosing a beer, you can take a similar approach. If you want to really lean into the dark, sweet flavors of molasses found in Kansas City-style barbecue sauce, you can choose a huge malty doppelback like The Devastator Double Bock from Utah’s Wasatch. Of course, if you want to cut the flavors of an overly sweet sauce, or double down on the vinegar flavors of Carolina-style sauce, choose a lightly-soured Berliner weisse like Hottenroth from California’s Bruery Terreux — or even go for the best of both worlds with something like Festina Peche from Delaware’s Dogfish Head, a Berliner made with peaches providing a mix of sweet and sour in every sip. 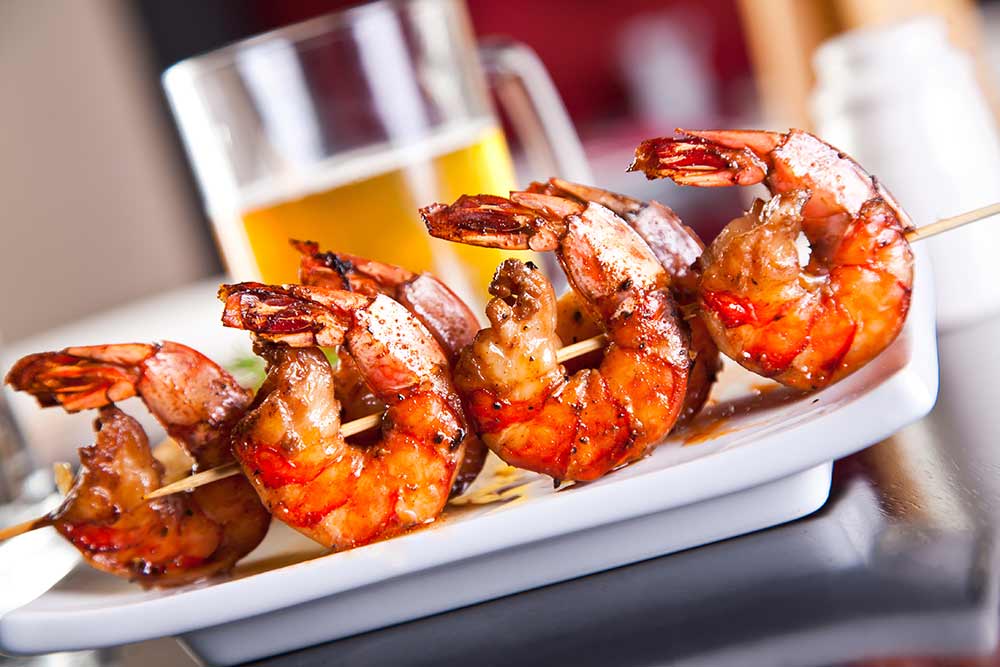 Thanks to its delicate flavors, most seafood is extremely easy for pairings: If it’s the kind of seafood you’d hit with a squeeze of lemon, go with a beer with strong citrus notes – just make sure the base of the beer is light enough that you won’t overpower everything else. A Belgian-style table beer can work extremely well here: Maine’s Allagash released a take on the style, Hoppy Table Beer, that’s easy to find. A lighter saison can have similar flavors too, such as Apex Predator from Colorado’s Off Color Brewing. No July 4 celebration is complete without corn on the cob. This version is flavored with a trio of seasoned salts. 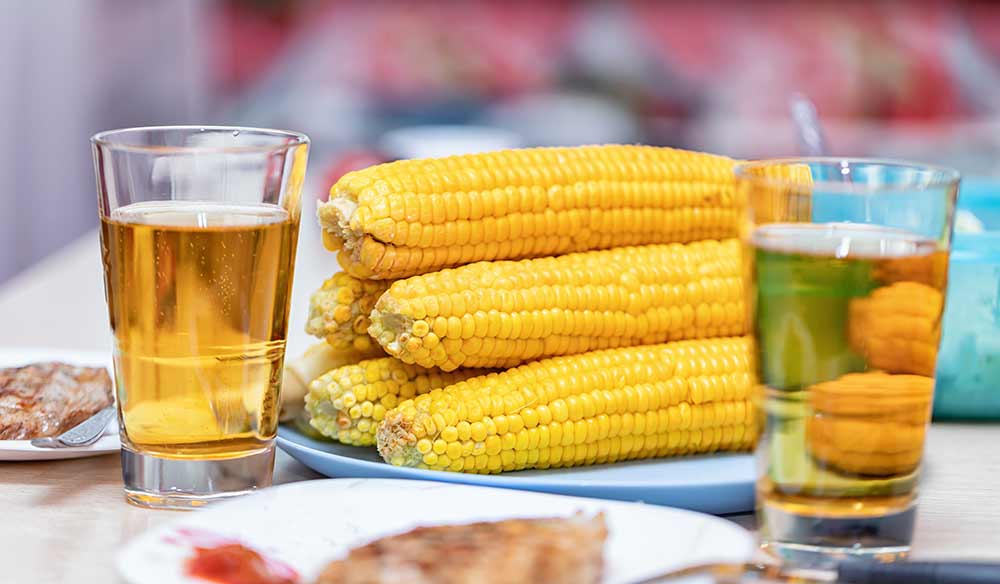 Corn on the Cob

This Fourth of July vegetable staple isn’t just fun to eat, it also provides you the perfect excuse to indulge in your Independence Day guilty pleasure. Classic American pale lagers are often brewed with adjuncts to lighten their body: Bud is famously brewed with rice while Coors Light is known for its addition of corn. Granted, you don’t have to drink a beer made with corn to pair with corn: Any American lager will do. For instance, California’s Firestone Walker recently released a straightforward Firestone Lager that’s better than your standard fare. But if you really want to be subversive and have your corn too, try celebrating American Independence Day with an American-made Mexican-style lager like California’s 21st Amendment El Sully — which includes the addition of “maize.

Sunshine and Everything Else

Of course, the Fourth of July is mostly about just hanging around outside enjoying the weather and the company of friends. If you’re looking for an all-around good style that will pair with everything, go with a light, modern American pale ale. Something like Peeper from Maine Beer Company or Boat Beer from New Jersey’s Carton Brewing are both lower strength (4.2 percent and 5.5 percent ABV respectively) and will keep you satisfied no matter what you’re eating or how long you plan on partying.