That beer in your hand may just be your secret weapon 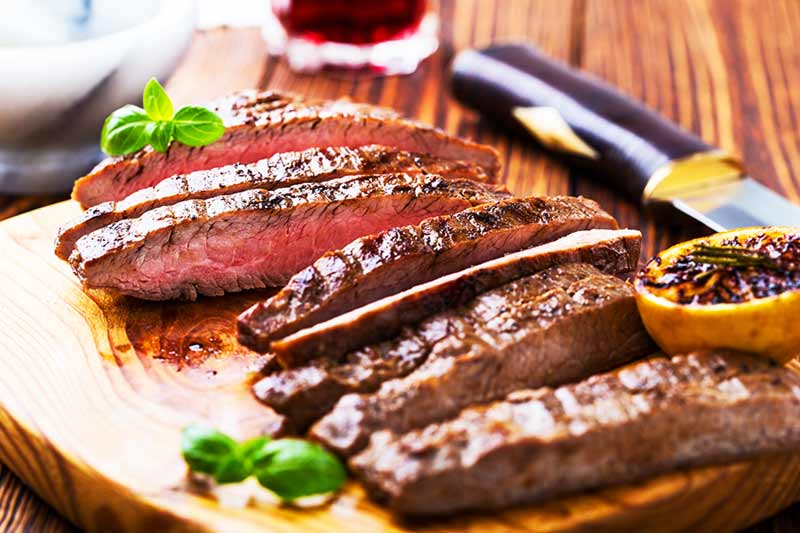 Most studies are careful to state that no direct link between these two compounds and cancer in humans has been found, but studies of HCA and studies of PAH have found both do cause cancer in animals. PAH is also found in cigarette smoke and car exhaust. So, it’s probably not too much of a stretch to say these things may not be too great for us, either.

I know, you’re probably getting gloomier by the minute reading this, but take heart and let’s get on to how we fight them. That beer you’ve been sipping on this whole time… Wait! Don’t you dare finish it off!

Is Beer Your Secret Weapon? Let’s Look at the Science.

That beer in your hand may just be your secret weapon. Like Excalibur, it’s been hiding in plain sight all along. It’s been known for quite a long time that marinades made from tea, wine, lemon juice, and even beer could, not only make your meat a taster extravaganza, but also reduce the load of these potential carcinogens.

One study conducted in 2008 tested the effectiveness of red wine and Pilsner marinades’ at cutting levels HCAs in pan-fried steak. The marinated steak was compared to a non-marinated control. The study showed both beer and wine marinades resulted in a decrease in levels of HCAs, but the beer marinade was more effective overall in decreasing all components of heterocyclic aromatic amine.

Further research published in 2014, by the same set of Portuguese and Spanish researchers, focused on beer’s ability to reduce levels of PAH in grilled meat. This new research — and here’s where it gets interesting — has shown a correlation between a beer’s color and its effectiveness against this carcinogen.

In this latest experiment, researchers marinated pork four hours in three different beers; Pilsner, non-alcoholic Pilsner, and “Black” beer. All were measured against a control piece of non-marinated pork. The meats were then cooked on a charcoal grill until well-done.

The results showed that all the types of beer did, indeed, lower levels of PAH, but the most effective was the dark beer, which reduced PAH formation by 53 percent. The least effective was the Pilsner at 13 percent and the non-alcoholic Pilsner came in at 25 percent reduction.

The researchers attribute this to the higher level of antioxidants naturally found in darker beers, which largely derive from melanoidins that naturally form during the brewing process, as well as the kilning of different types of malts that are commonly used in darker beers.

We’ve talked before about some of the health benefits associated with beer, one of which is the inclusion of certain antioxidants and phenols. Of course, please keep in mind that many of these same antioxidants can be found in other foods with a higher nutrient density. However, don’t let that stop you from enjoying your favorite beer, especially some of the styles on the darker end of the spectrum, as these seem to have shown some promise as a heart-healthy beverage.

Beer can easily be added to just about any marinade recipe. Below is a very simple and healthy marinade recipe that I often use for grilling or pan-frying. This is my favorite marinade, but you can find hundreds of recipes online that you can easily tweak to pair best with your dish.

For the recipe below, I prefer to use Deschutes Black Butte Porter, but just about any porter or stout should suffice as a substitute. Like any recipe, you’ll likely want to try out different options and see what your taste-buds prefer. This marinade recipe also includes both lemon juice and olive oil, each of which have shown to have their own set of health benefits.

Whatever marinade recipe you decide to use, remember some of the darker beers will provide a sweet element to the marinade and can easily take the place of any added sweetener.

This beer marinade will work great for steaks, chicken breasts, lamb or pork chops, as well as a wide variety of barbecue

Keep in mind that the longer you marinate your meat, the more flavor the marinade will impart into your meat. I prefer to marinate overnight, but this may take some experimenting to find what works best for you.

Even if you’re one of those “weirdoes” (I’m kidding you’re not that weird) that only like lighter beer. You may find using a darker beer in your marinade to be quite delicious. Let’s not kid ourselves you WILL find it delicious. It may just be a matter of finding the right darker beer. So, before you fire up that grill and slap the meat down make sure you’ve taken advantage of that beer’s full potential. Use your secret weapon.