Jameson Caskmates Irish Whiskey is proud to be partnering with local craft breweries from across the U.S 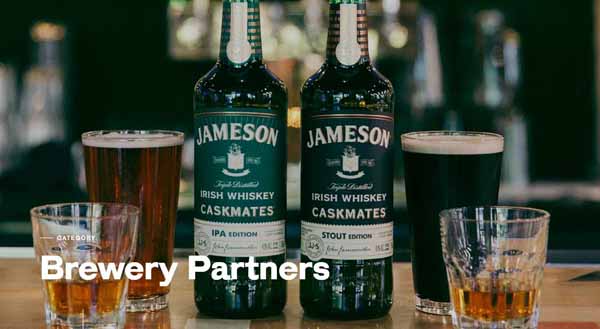 Jameson Caskmates Irish Whiskey is proud to be partnering with local craft breweries from across the U.S. to be part of our Jameson Caskmates Brewery Partner program. Each of these outstanding breweries has created a unique Jameson barrel-aged beer, inspired by their love of our whiskey and their unique neighborhoods.

The initiative is an expansion of Jameson's Drinking Buddies program, working with American breweries to produce unique craft beer collaborations.

Check out what the breweries themselves had to say about their neighborhood and their beer, and visit the partners at the Great American Beer Festival® in Denver, CO this year.